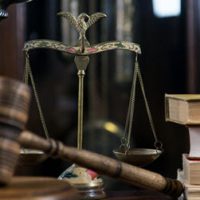 In the world of large-scale construction projects, the construction bidding process has legal factors that can dictate the contractor that ends up getting the job. The life cycle of the bidding process is usually seen as an administrative one. The legal aspect does not arise until something goes awry with the processing of bids. To discuss the process called a bid protest more fully, it is necessary to discuss the construction bidding life cycle starting from the bid solicitation.

The process starts with a bid solicitation from the entity seeking the services of a contractor. The entity can be government-based (federal, state, local) or private-based (a private university). The bids are solicited through various channels and are usually posted to construction managers, contractors, and the general public. The solicitation usually requests a proposal from the bidding contractors. In the proposal, the bidder must establish the reason why its services and their expertise conforms with the type the constructor requestor seeks. The contractor submitting the proposal will also propose a rate at which it is willing to complete the requested services. Depending on the bid solicitation, a bid may be final and a legally enforceable contract upon acceptance by the requesting party. In other circumstances, the contractor can reject the offer from the bid requester or even renege after accepting. Unclear solicitation terms can create a messy situation for requesters and bidding contractors making it hard to determine the winning bid. This is where the bid protest mechanism arises.

In the state of Florida, bid protests are heard by appointed Administrative Law Judges under the Florida Department of State who convene to deliberate such matters. Similar on the federal process, there are specified timelines for filing a notice of protest and identifying the parties eligible to file. In Florida after notice is made to all interested parties, the protesting bidder must file a formal written protest outlining any mishaps or any points of contention as it relations to the terms of the solicitation. For construction services, a bond is required as a part of the bid protest process.

If you are seeking to file a bid protest related to the solicitation of construction services, it is wise to hire an attorney. This is a high stakes administrative process where a bond must be paid.  With legal counsel, you increase your chances of getting it right the first time. Attorney Brendan A. Sweeney has years of experience advising on bid protests as well as solicitation rules and terms. Contact us now for a consultation.