Be Wary Of The Economic Waste Rule Which Limits Damages 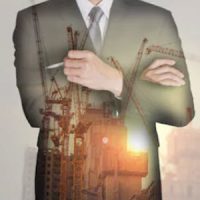 What is the Economic Waste Rule?

The economic waste rule is a rule that applies where the cost of repairing property or a project is grossly disproportionate to the structure itself. Insisting that the property be repaired or fixed would be a huge economic waste.

What makes this doctrine so unique is that it limits what the non-breaching party can receive in damages—in other words, it actually protects the breaching party (the party that constructed or repaired the building or facility). The rule says that it would be unfair to require a party to spend money on a repair or unfair to require a party to comply with a contractual obligation that, if completed, would only result in a nominal or incremental increase on the value of the property.

So where the cost of making repairs is so expensive that it far exceeds the value of the completed structure, what is the fair measure of damages to an aggrieved party? Courts have said that in these situations, the wronged party can ask for the difference in value between the structure had it been completed properly and according to the contract, and the value of the property as it exists, with the defect or inadequate construction.

The breaching party is essentially saying “even though I may not have fulfilled the contract, you should not get the value of fixing the property, you should get the difference in value between a properly and improperly constructed or repaired property.”

It is not up to the non-breaching party which measure of damages they want to choose. Economic waste is a defense that is asserted by the allegedly breaching party.

Situations Where the Rule May Apply

You may wonder what kind of situation would give rise to an economic waste defense. Imagine a $200,000 single family home which is constructed with deficient plumbing or pipes. To completely repair the plumbing system would require the entire home be reconstructed and reconstructed. You usually can’t just take one pipe out of the ground and put another back in.

So should someone with a $200,000 home be required to ask a breaching company to demolish the home, put in proper piping, and then completely reconstruct the property? That could result in a cost to the breaching party of $600,000-$700,000 (or more)…all for a $200,000 single family home. In these cases, the breaching party would have an economic waste defense.