Are Any Delays Considered Excusable On A Construction Project? 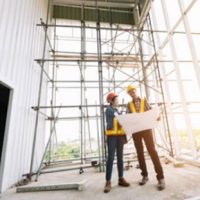 In the construction world, delays can be devastating for an owner. When construction is supposed to be finished by a certain time, and it isn’t, it can have effects on your bottom line, your ability to do business, and the amount of time you’re paying to have the construction crew at the job site.

Certainly, construction contracts have deadlines and time frames that have to be met, and if they aren’t, the party causing the delays can be held to be in breach of contract. But are there times when delays are OK? Are there times when someone gets a “free pass” for having an excusable delay?

When is Delay OK?

There actually are times when a delay will be considered to be excusable. Certainly, things that can be anticipated in advance, will almost never be excused. Yes, problems come up that are unexpected, but some problems can be expected.

To use a current example, a global pandemic may be a completely unanticipated event. A hurricane hitting in the middle of a July construction project, may be a bit more foreseeable, at least in Florida.

Delays that are caused by the other side, certainly will be considered excused. The contractor could not be held liable for changes, alterations, delays in getting materials, or delays in doing other obligations that the owner has, and doesn’t fulfill, which causes builder’s delays in the completion of the project.

Labor shortages often will be considered to be unforeseeable, so long as the contractor has nothing to do with the shortage. In other words, workers who refuse to work for a particular builder, would not constitute an excusable delay. However, a national labor shortage that hits suddenly may be seen as an excuse.

Changes in the law or in zoning or building codes, that affect the project and which are enacted in the middle of a project, may be considered an excusable cause of delay.

Today, it is becoming difficult to get a lot of material because of low supply. This is a much more difficult issue. On the one hand, the builder doesn’t cause the shortages—a lot of large companies can’t even put supplies on their shelves because of these shortages.

But on the other hand, shortages are foreseeable lately, and not a completely unanticipated event, and thus, a judge could say there is no reason the parties could not have negotiated the extended time that is needed to account for material shortages.

Whenever there are delays, there can be arguments over whether they are excused or not. Hopefully, your construction contract has language that allows for quick, alternative dispute resolution, that allows you to work out these disputes on the spot, allot extra costs between parties, and get the project done as quickly as possible.

Our Fort Lauderdale construction attorneys at Sweeney Law P.A. at 954 440-3993 are here to help if you have a problem or dispute on your construction project.