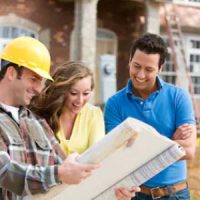 For example, the contract will have time limits, talk about what materials are used, discuss internal dimensions of the structure, or talk about other features that the property should have. Those details are easy to follow—and easy to tell when they are breached.

The first question to ask is whether the defect really is aesthetic. For example, if flooring is uneven, or slightly misaligned, you may say that it “doesn’t look right,” or that it “looks cheap,” but really, this may not be an aesthetic, subjective problem—it may well be an objective case of poor workmanship.

Be Clear in Your Contracts

Although considered aesthetic, subjective items can be included in your construction contract—the key is to be as specific and detailed as possible. Your contract should avoid terms that are difficult to define. For example, saying that a structure should be “opulent” or “old fashioned” or “airy,” are difficult to define, and difficult to prove any breach when a dispute over a defect arises.

You can mitigate difficulties by providing standards in your contracts. For example, you can say that a structure should be equal to other such structures in the general community,” or provide another objective standard by which to measure your otherwise subjective contractual terms.

Specifying material can help as well, by saying that “marble” or “real wood” will be used. You can also specify building techniques, or styles, so long as the style has an objective definition.

The Purpose for the Structure

You can also say that something should be suitable, for the purpose it is intended, which may include aesthetics.

For example, if you are building a school, there are certain structural components that, while they look nice, may not be appropriate for a school. If the owner’s project has a specific use, the owner should make sure to include that in the construction contracts, so that if there is a dispute over a subjective item later on, there is an objective way to measure whether there has been a breach or not.