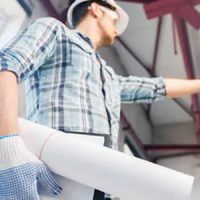 When a home renovation project goes wrong and leads to litigation, the lawsuit brought by the homeowner will ultimately seek to determine who among potentially responsible parties – including contractors and various subcontractors – is responsible for any and all of the damage that occurred. In this type of lawsuit, the various contractors and various subcontractors involved in the project may therefore be named as defendants, and the homeowner will be the plaintiff.

What is a Cross Claim?

In a lawsuit that involves several defendants, the defendants may also seek to determine who among them is responsible for the damage that occurred. In order to do so within the context of the lawsuit, the law allows them to assert claims against one another. These types of claims – claims asserted by one defendant against another – are known as cross-claims. Cross claims are frequently asserted by one defendant against another in construction litigation cases.

According to the undisputed facts,  the fire that caused the damage was caused solely by the subcontractor painter’s negligence – one of the painter’s subcontractor’s employees left a rag soaked in an oil-based stain had been left in a plastic garbage bin, and this rag spontaneously combusted, causing the fire.

Construction litigation involving claims asserted by plaintiffs against several defendants, and claims asserted by several defendants against one another, can be confusing and complex. If you have questions about such a case, or are involved in a situation that you believe may give rise to such claims, contact an experienced Fort Lauderdale construction lawyer at Sweeney Law.