What Is The Duty To Mitigate? 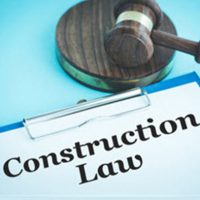 In the world of contract law, but especially construction law, there is an obligation on all parties to mitigate their damages. In plain terms this means that even if a breach causes you financial injury, it is on you to make sure that the damages (losses) that you suffer aren’t made even worse. If you fail to mitigate your damages, the other side can argue that all or some of your losses are actually your fault—even though you were not the party that breached the contract or the agreement.

The duty to mitigate is sometimes called the doctrine of avoidable consequences. Parties can’t recover for losses that could have been avoided, lowered, or reduced, had the party acted in a certain way.

Examples of the Duty to Mitigate

The contractor/builder in this case would argue that the damage was not caused by the fire that it set, but rather, by the structure owner’s failure to act quickly in shutting off the sprinklers.

Sometimes landlords will have a duty to mitigate if a tenant leaves, in breach of the lease. The landlord can’t sit there with an empty property and then claim damages, but rather would have to make some effort to relet the property in order to lessen, or mitigate its damages.

The doctrine of avoidable consequences doesn’t require that a party be or act negligently. It only requires that the party knew it was suffering damages or losses, and failed to act quickly enough to stop the damages when it could have done so.

A party does not have to do anything extraordinary, costly or out of the ordinary to mitigate its damages. Just whatever is practical and reasonable under the circumstances.

Contracting Out of the Obligation

Parties can contract out of the obligation to mitigate damages. A contractual provision can simply say that mitigation of damages will not be a defense to, or a reduction in, the amount of damages either party sustains. Additionally, what is known as a “liquidated damages” clause in your agreements can preset damages at a certain amount, which would curtail the ability to use a mitigation of damages defense.

Of course, without a crystal ball that tells you whether you’ll be the breaching or nonbreaching party in the future, it’s not easy to tell whether getting rid of the obligation to mitigate damages is a good thing or not.

Call our Fort Lauderdale construction attorneys at Sweeney Law P.A. at 954 440-3993 for help if you have a construction related lawsuit, whether you are the party suing or being sued.