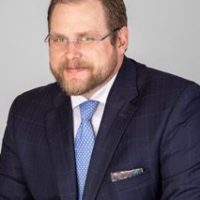 The word sanction and threat of sanctions are way too commonplace in litigation today. Rarely does a week go by where an opposing counsel isn’t threatening sanctions over what is usually a minor issue in an action. Just this week, I was working on a settlement agreement in a highly contested matter that has been litigated for many years. The parties were all finally at the goal line ready to put the matter to bed after many years of grueling and exhausting litigation. My clients were negotiating the terms of the settlement agreement and addressing the non-disparagement provisions in the settlement agreement. My astute opposing counsel’s response to me addressing the non-disparagement was “I am going to file sanctions against your client, against your law firm, and against you personally.” After receiving this threat, I simply ended the teleconference. Nothing good was going to come out speaking with this attorney that obviously was overplaying his hand and did not have a real understanding of how sanctions and motions for sanctions are handled under Florida law. Fortunately for the parties involved,
my opposing counsel eventually settled down and we were able to get the settlement agreement finalized.

The purpose of section 57.105, Fla. Stat., is to deter frivolous litigation. Notably, after reviewing the amount of appeals concerning section 57.105, Fla. Stat., I wonder if it has resulted in increased litigation. Section 57.105(1), Fla. Stat., provides in pertinent part that by the court’s initiative or motion of any party, the court should award the prevailing party attorney’s fee, including prejudgment interest, to be paid to equally by the losing party and the losing party’s attorney on any claim or defense that the losing party’s attorney knew or should have known was not supported by the material facts necessary to establish the claim or defense, or would not be supported by the application of then existing law to those material facts. Moreover, section 57.105(4), Fla. Stat., provides that “[a] motion by a party seeking sanctions under this section must be served but may not be filed with or presented to the court unless, within 21 days after service of the motion, the challenged paper, claim, defense, contention, allegation, or denial is not withdrawn or appropriately corrected.”

Section 57.105 provides a statutory mechanism for recovery of attorney’s fees when asserted claims or defenses fall below the statutory threshold. Procedurally, it involves a two-step process. Any party seeking to file a motion for sanctions pursuant to section 57.105(4), Fla. Stat., must serve its motion seeking fees followed by the filing twenty-one days later. This is commonly known as the safe harbor provision, see Bionetics Corp. v. Kenniasty, 69 So.3d 943 (Fla. 2011), and “give[s] a pleader a last clear chance to withdraw a frivolous claim.” Davidson v. Ramirez, 970 So.2d 855, 856 (Fla. 3d DCA 2007). A letter does not meet the mandatory notice requirements of §57.105(4), a motion does. Second, only if the opposing party fails to withdraw or otherwise correct the challenged claim or defense within twenty-one days may the movant file the motion with the court and pursue sanctions by hearing.

If you are a recipient of a motion for sanctions, the best practices are to immediately evaluate the opposing party’s position, advise your client and address it with them, calendar the safe harbor time frame, and seek advice of colleagues regarding your position. I am a big believer in the advice of other colleagues, the more sets of trained eyes reviewing the motion the better. All too often litigators can get drawn into positions and lose their ability to evaluate issues in an objective and impartial way. Additionally, if there is ever a close call regarding a position you are maintaining, try to be as conservative as possible, advise and counsel your client, and analyze the potential for filing verified pleadings. Be sure to provide your client with a thorough written follow-up concerning your discussion on the motion for sanctions, recommended course of action, the safe harbor time frame, potential consequences, and the client’s directive/decision.

Attorneys must understand that we are charged to represent our client’s as vigorously and creatively as permitted and should not be afraid of sanctions as a result. Accordingly, there is a very high barrier for the court to issue sanctions under section 57.105, Fla. Stat. In seeking to define when a claim or defense is “not supported by the material facts . . . or . . . the application of then-existing law” under section 57.105, Florida courts have applied standards that maintain a high barrier to the imposition of sanctions. For example, in Cowgill v. Bank of America, 831 So. 2d 241, 242 (Fla. 2d DCA 2002), while the Second District affirmed a summary judgment in favor of Cowgill based on the application of the statute of limitations, it reversed an order imposing sanctions under section 57.105(1) “because the Appellant’s claim was arguably supported by material facts and then-existing law” (emphasis added); see also Stagl v. Bridgers, 807 So. 2d 177, 177 (Fla. 2d DCA 2002) (“An award of attorney’s fees pursuant to section 57.105 is appropriate only when the action is ‘so clearly devoid of merit both on the facts and the law as to be completely untenable.’”) Similarly, in Goldfisher v. Ivax Corp., 827 So. 2d 1110, 1111 (Fla. 3d DCA 2002), the Third District held that the appellee could not recover appellate attorney’s fees under section 57.105 because, although the appellant “was not victorious, however neither his action nor subsequent appeal, were totally without merit.” (Emphasis added; citing Concrete & Lumber Enters. v. Guaranty Bus. Credit Corp., 829 So. 2d 247 (Fla. 3d DCA 2002)).

Section 57.105(1), Fla. Stat., provides that the court may, on its own initiative, assess sanctions; when this occurs, there is no safe harbor provision. In Watson vs. Steward Tilghman Fox & Bianchi, P.A., 195 So. 3d 1163 (Fla. 4th DCA 2016), the Fourth District Court of Appeal held that a trial court can, on its own initiative, order a party to pay attorney’s fees pursuant to section 57.105, Fla. Stat., when a motion is filed by a party and the moving party fails to comply with the safe harbor requirements of the rule, as long as it can be determined from the record that the trial court is not simply adopting the moving party’s defective motion. In this scenario, the sanctions were issued based upon other issues that were not contained in the defective motion. Motions for sanctions are a very valuable tool in a litigators tool box, however, they should be used in limited circumstances. If an action requires the filing of a motion for sanctions, practitioners should carefully review the statute to ensure compliance. If you are a recipient of a motion for sanctions, you need to take your blinders off and have the matter reviewed as carefully and objectively as possible so that you can proceed accordingly.